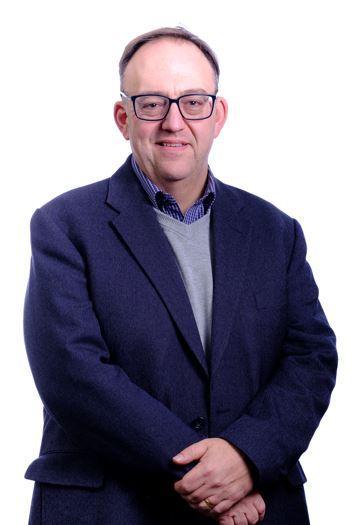 Prof Zahir Irani is Deputy Vice-Chancellor (Academic, Innovation and Quality), who is also Chair of the Bradford Economic Recovery Board. He said investment Northern infrastructure was crucial.

“We welcome any kind of funding from the government which improves the transport network and infrastructure in this area, but having said that, many people will see this as a missed opportunity, primarily because HS2 was tangible, it felt real and one day we will see it.

“Large infrastructure projects such as HS2 attract trades and professionals to the area and they often stay, long after the project has ended - builders, engineers and many others, and even the sandwich van that feeds them all. It’s not just about the end product but the journey - and that is about skills development and, places to apply these skills.

“The other point to make is schemes like HS2 are generational, because they last years and years and, indeed, schoolchildren today may base decisions about their future - such as whether to take A-levels of T-levels - on factors such as this.

“I would look forward to seeing the Integrated Rail Plans in more detail.”

Dr David Spicer is Director of Business and Community Engagement in the Faculty of Management, Law & Social Sciences at the University of Bradford. In February this year, he and other business leaders across the region put their names to a letter to the Prime Minister encouraging HS2 to be built in full.

Here he reacts to news that the Eastern leg of HS2 (connecting to Leeds) is to be cancelled.

“From a national infrastructure perspective, it’s very disappointing. This was touted as a major opportunity and improvement of the quality of our connectivity between North and South. For that to have been summarily removed is a concern, because it questions the Government’s commitment to levelling up and connecting the rest of the country with the South East.

“But if that’s being done as a choice involving other investment and infrastructure to create additional value, then that’s a different conversation. Improving East-West connectivity on balance, I would probably take that.

“What I would say is it cannot just be all about Leeds to Manchester. It’s got to be about connecting into the hubs and creating a genuine and significant step change in how people use public transport.

“The question has to be: how do people across the region get into and out of this hub? If I get in my car and drive to Manchester, I can be in the city centre in about an hour. For rail services to compete with that, they have to be either on a par or better - it’s as simple as that."