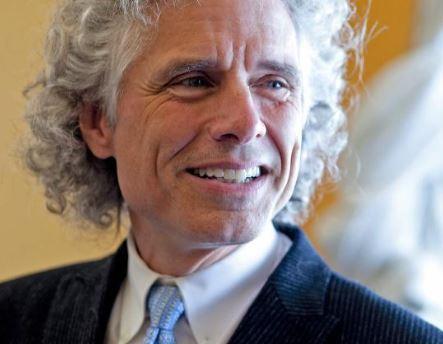 Professor Pinker is Johnstone Family Professor of Psychology at Harvard University in America and a distinguished intellectual well known for his work on linguistics, language, and understanding the causes and effects of wars and violence.

He is author of numerous best-selling books, including The Better Angels of Our Nature and Enlightenment Now and has presented a number of TED talks. He is a recipient of eight honorary doctorates and many teaching awards and has won prizes of the National Academy of Sciences for his work on vision and language.

Speaking ahead of the address, he said: "The seven-decade long decline of war is one of the events, or to be more precise, non-events in human history, yet virtually no one is aware of it. It’s imperative that we understand why war has declined, because human progress does not just happen by itself – it consists of humanity understanding why events take place and seeking to steer them in positive directions.

"I’m hopeful for humanity only insofar as we retain the attitude that if we understand problems, we have some hope of solving them. A university program that seeks to understand the causes of peace is a vital resource, and I’m honored to be speaking in it."

His current research includes historical and current trends in violence much discussed in Better Angels.

Prof Pinker will be speaker at the Inaugural Adam Curle Peace Lecture on Wednesday February 24, from 5pm-7pm GMT.

The lecture has been organised by the Division of Peace Studies and International Development, Led by Professor Prathivadi Anand, from the Faculty of Management, Law and Social Sciences.

It is named after the late Professor Adam Curle (1916-2006), who in 1973 became the world's first professor of peace studies at the University of Bradford.

The lecture, entitled The Better Angels of Our Nature and the Last World War, will be delivered via Zoom and chaired by University of Bradford Vice Chancellor Professor Shirley Congdon.

In it, he will address questions such as: is violence inherent in the human psyche? Are we living in a world of ever increasing conflicts and insecurity or in fact has there been a long peace? How do we come to terms with genocides and mass atrocities? Is there hope?

Prathivadi Anand, Professor of Public Policy & Sustainability, said: “We are known as the world’s first university with a peace studies department. This lecture reflects on our huge heritage and the contributions made by Adam Curle and various others in the field of advancing international relations, diplomacy and international development.

“It’s about having a globalist mindset and using that as inspiration to do better for ourselves, our students, researchers and also for the university to think big. Sometimes we can be a little bit too preoccupied by what’s happening in our immediate environment; I think it’s good to remind ourselves that we can all play a role in contributing to peace and justice and globally.”

Book your place by clicking here.

The Division of Peace Studies and International Development at the University of Bradford has its origins in the world's first university department dedicated to Peace Studies when Adam Curle was appointed as professor of peace studies in 1973 with the support of funding from the Quaker Peace Studies Trust.